Arrangørinfo: OKTOBERFEST is here! And nope, it's not in October. We are bringing Bavaria to you for a full week, with special food,

OKTOBERFEST is here!
And nope, it’s not in October.
We are bringing Bavaria to you for a full week, with special food, special beers and live music.
Stay tuned for more details!

EVIL HOUSE PARTY:
Evil House Party is the Copenhagen-based project of Emma Acs & Jacob Formann, a duo who first met through the city’s vibrant local music scene. Bonding over a mutually twisted, irreverent sense of humour, Jacob and Emma spent a summer in Copenhagen’s industrial harbour district, a virulent wasteland where – in a forbidding basement space – they developed the ideas that would become Evil House Party, and recorded material for their debut EP ‘Grand Theft Audio’.

Their debut EP ‘Grand Theft Audio’ is the soundtrack of a fugitive road journey, a febrile whirlwind of moods, incandescent like a city on fire.

DEVIL:
This is the demonic solo project of Anton Falck, front man of First Hate.
Like a devil on your shoulder he will seduce you until you have surrendered to the night and all of it’s festive temptations.
It is actually his most distinguished job when he opens as the first live act of this wicked evening.

DEBBIE SINGS:
Debbie Sings is endorphin-triggering, maximalist music, full of energy and information. Her music is a free space.
The universe is chaotic and intense, drawing threads to gabber and punk music, but most of all to mainstream pop music. If it was a color, it would be luminescent, and if it was a taste, it would be completely overly sour. In the fall of 2021, Debbie Sings will release her debut EP on The Big Oil Recording Company.

ECSTASY IN ORDER (DJ)
The ecstasy in order lads are full of energy and life and so is their choices of music. expect a lot of bass and a lot of bangers and a lot fun

YEN TOWERS (DJ)
Simon Formann (H2OP, Lower) is just as great DJ as he is a producer, and knows a thing or two about making music crawl straight into your bones and make you wanna move.

We can’t wait to dance with you

Arrangørinfo: Fuse Jams are all about the groove; about the movement in our bodies; that uncontrollable desire to jack your body; the journey in sound.

Fuse Jams are all about the groove; about the movement in our bodies; that uncontrollable desire to jack your body; the journey in sound.
Club rules: Fuse jam is a safe haven where we all can escape. Give others the space you want and dare to be yourself. We do not tolerate any form of discrimination, sexism, racism, homophobia, or transphobia.
Program:
14:00-15:00 Open house dance workshop with ATIA (all levels)
15:00-16:30 Jam & open dancefloor with DJ So,oul & David
Where: Nørre Allé 7, 2200 København First Floor (AULA)
Price: 60 kr. for workshop & jam. Jam only is 30 kr. (Mobilepay and Cash Only)
ATIA’s dance workshops is all about the joy in movement. there is a fun and relaxed atmosphere where the social and cultural aspect of the dance is introduced. This workshop will focus on house dance traditions of clubbing and vibining
*We ask you to not take pictures when attending the event. Our in house photographer will take care of that. If you do not wich to be in pictures/videos let us know before attending the event. 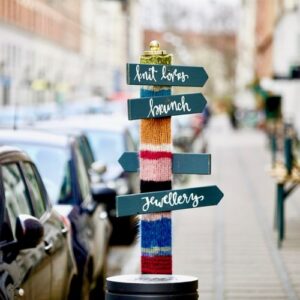